Who is responsible for getting the necessary permits for a construction project?

Who should pull a building permit, the contractor or the homeowner? Does it even matter, and why?

Overall, it’s generally better to have the contractor pull the required building permits for any project. That’s part of what contractors do! A contractor should have vast experience in the process of pulling permits, whereas most homeowners do not.

If you, as a homeowner, pull the permits for a new home build, then it designates you as an “Owner/Builder” in the legal district that issues the permit. This is not what you want, because you might lose some of the ordinary legal protection provided to construction project clients.

Who should pay for building permits for your construction project?

A trustworthy contractor will include the cost of permitting in the project bid. Even though it’s your money being spent, the contractor will pay for and obtain any necessary permits. It should be a hands-off process for the homeowner, something the contractor can easily take care of as a professional.

Having the contractor pull the permits ensures that he or she is held responsible for all work completed on the project. That way, if any problems arise, it won’t be you, the homeowner, who has to deal with the building permit department.

If your contractor says that you don’t need a permit, or that he is not willing to pull the permit, consider it a definite red flag. Reconsider your choice of who to do business with.

Having a new home built or land developed is a major undertaking of considerable expense that should not be taken lightly. Choose to work only with a highly qualified, professional contractor.

It’s generally bad news if a contractor is hesitant to obtain the necessary building permits for any construction project. A contractor who is reluctant to pull a permit is likely either unlicensed or has had problems working with that city in the past, both of which are warning signs.

Most jurisdictions will not allow an uninsured or non-licensed contractor to pull a permit. That could be a reason that a contractor is asking you to pull the permit instead, or claiming that no permit is needed.

Further, in every construction project, eventually, a building inspector will arrive to analyze the work being performed. The inspector will be addressing questions to whoever’s name is listed on the building permit. That’s another good reason to ensure that your contractor pulls the permits. 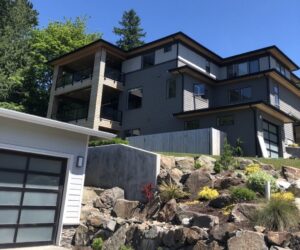 For any community to thrive, empty land should be developed to meet the needs of the local population. And, consideration should be taken into how that land development affects neighborhood traffic, how it changes the local ecosystems, and how it can contribute to a better, more prosperous future.

There are many benefits to investing in land that can be developed for residential, commercial, agricultural, or recreational use. Multi-M Contracting is a full-service land developer that can guide your new construction project from start to finish.

The best way to mitigate neighborhood blight is to re-invest in old housing stock and to build new residential and commercial structures. Rural, urban, and suburban blight can lead to the economic failure of entire communities. Vacant properties and empty lots cause problems, including safety risks for young people, health concerns for the community, and decreasing property values for homeowners.

Land is one of few tangible assets that investors can expect to profit from. Land ownership often serves as an inflation hedge because its value tends to hold or increase at the same rate as inflation. Most landowners realize the value of their land has appreciated, instead of depreciating. Vacant land, that was once thought to be useless, can quickly become a hot commodity in today’s skyrocketing housing market.

Vacant lots not only add little tax revenue to a city, they often steal value from surrounding businesses and homes. Investing in and developing land adds great value to any community, often turning liabilities into assets. Today, more than ever, homeowners are developing land to build their dream home. Often the cost is comparable to a total renovation of an older home on an existing lot. 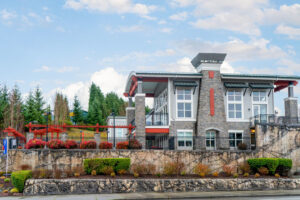 Does a Custom Home Cost More than a Pre-Built Home?

Custom built homes are going to cost more than pre-built homes for a number of reasons. The cost of a pre-built home only includes standard builder appliances, and does not allow for the choices that come when you invest in a custom-built home instead. For homebuyers looking to have the custom home of their dreams, it is worth it to spend the extra money to hire a contractor who will bring your customized designs to life.

While the cost of a custom-built home is generally higher than a pre-built home, the additional cost does not have to be substantial. Even when you are on a budget, you can work with a contractor on a custom-build design that you can afford. You’ll get to choose all the elements of your new home, and will not be constrained by the limitations that come with a pre-built home. Should You DIY a Commercial Construction Project?

Commercial building requires complex project management, quality building skills, and knowledge of all the local and state permits you will need to build the project. While you can DIY some basic aspects of a construction project, such as removing debris or clearing brush, the construction should always be done by a professional. You want to be sure that a licensed and insured construction company is building your commercial project, and will not want to take on the liability that comes with commercial building.

Commercial construction is not a DIY project. You will make mistakes, and lose money on ruined supplies. The amount of time spent trying to figure out what you are doing is not worth it. Once you start to experience problems, you’ll have to call in a commercial contractor in your area to figure out the issues for you. It is smarter, and worth your money to invest in a commercial building company from the start of your construction project.

While there are many projects you might be able to DIY, commercial construction is not something to take on without the experience, talent and licensure you need to do the job right. Des Moines is a city in King County, Washington, United States. The population was 29,673 at the 2010 census. Des Moines is a suburb of Seattle and is considered among the best places in the North West metro to retire or raise a family. It has been nicknamed the “Boating Capital of the Pacific Northwest” because of its six miles of waterfront, which include public beaches, waterfront parks, top-notch restaurants, fishing piers and a well-used boardwalk.

The city also offers convenient access to metropolitan amenities while still maintaining a small-town feel. Residents enjoy a variety of outdoor activities year-round, including hiking, biking and skiing. There are also several golf courses and parks in the area. Des Moines is a great place to live for those who want to enjoy all that the Pacific Northwest has to offer.

Learn more About Us Across The Web.