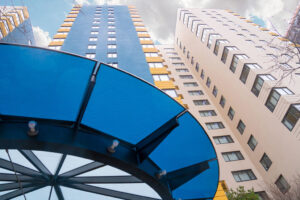 What kind of risks are involved with a real estate development project? Real estate development projects face specific risks no matter how well-planned they are. Many risks are somewhat preventable as long as everyone stays on the same page during the building process. Other types of risk are less predictable and can bring your project to a grinding halt if you don’t take proactive measures quickly.

Environmental risks are common in undeveloped areas. It’s important to have an environmental assessment performed to ensure there are no man-made hazards that may be on the property. Old dumpsites may pose a problem depending on what types of materials may be buried in the area. It’s also a good idea to have a water study performed to check for contaminants in the groundwater that may be a result of runoff caused by farming operations.

Budget risks may also be a major concern if you are dealing with an investment project. A rise in the cost of building materials and environmental clean-up costs can quickly push your budget over the edge. Closely monitoring any expenditures and looking for ways to keep costs under control are just two ways you can mitigate your risk of loss and keep your real estate project within your budget.

Zoning issues may pose a problem if neighbors complain about the type of real estate development you are considering for their area. Before you start to make plans, investigate the area and the people who live and work nearby. Having their support will go a long way in making your project a success.

Missing deadlines when it comes to both planning and construction can be costly. This is especially true when filing for building permits and inspection meetings. Multi-M Contracting can work alongside a real estate developer to ensure that everything goes smoothly from start to finish. Whether you are building residential homes or commercial buildings, it’s important to keep your risks as low as possible. What are setback requirements? If you have a construction project coming up, you need to make sure you meet all requirements. You must fill out the proper paperwork, and you do not want to begin building if you do not check all the boxes. Otherwise, you might face an injunction that could force you to stop building. To avoid wasting your time and money, you need to be familiar with setback requirements. A professional construction team can help you with this.

Setback Requirements for the Road

Do Not Overlook Setback Requirements

These are a few of the most important examples of setback requirements. If you have not gone through the construction process before, you may not be familiar with these requirements. That is why you need to partner with a professional team that can make sure your project meets all specifications. The Quality of the Construction

One of the most important factors that will dictate the lifespan of your commercial building is the quality of the construction. You need to find the right construction team to assist you. Look for someone who has experience in commercial construction. They can help you get the right permits, source the right materials, and ensure your project overcomes obstacles that might otherwise derail your building.

How the Building is Used

Next, how you use the building will also dictate its lifespan. For example, are you simply going to be selling retail goods out of the building? If so, you probably will not put a lot of stress on the structure. On the other hand, if you work with explosives, dangerous chemicals, and extreme temperatures, the building might wear down faster. By reducing stress on the building, you can add several years to its life.

These are a few of the biggest factors that will play a role in the lifespan of your commercial building. If you want to get as many years of use out of your building as possible, you need to partner with the right team to assist you. Fife, WA is located in Pierce County, Washington in the Pacific Northwest. At the 2020 census, the population of Fife was just under 11,000, and it grew in size more than 20 percent since the prior census. Fife is considered a suburb of Tacoma, a major metropolitan area in Washington. Fife is also part of the Puyallup Indian Reservation.

Prior to the arrival of American explorers, the area was inhabited by Puyallup Native Americans, who had been relocated to the area in the 1850s. Eventually, the fight began to grow, as it was situated along a major road between Puyallup and Tacoma. Now, there are a number of significant businesses in Fife, including industrial facilities, restaurants, warehouses, and car dealerships. It is very close to the port of Tacoma, Highway 167, and Interstate 5. As a result, there is a lot of traffic passing through the area, driving tax revenue.

There are plenty of outdoor activities in Fife. A lot of people love to hike, kayak, and mountain bike. Because the school system is strong, the real estate value of homes and apartments in Fife and the rest of the 98424 is growing quickly.

Learn more About Us Across the Web.